Previously, on Avengers of Avenging:
Click here for the Week 1 Recap.
Check out the Week 2 Recap over here.
Week 3 Recap can be found thusly.
Week 4  is right here where you left it.

Week 5 is upon us, how are those rosters looking? Football being the brutal and, at times, unpredictable game that it is…by this point your rosters may look a bit different compared to your draft day lineup. There are of course several possible reasons for this. Your studs could be struggling (LeSean McCoy, for example), holding out for a contract (hmm, anyone we know?), or even just returning from injury/suspension (Alshon Jeffrey or Julian Edelman, for example).

Whichever the reason, by this point you may be relying on assistance from unlikely sources. Savvy fantasy owners may have spent some of their late round picks on “buried treasure”, low-cost players that have the potential to pay out a dividend of rewards. James Conner, Calvin Ridley, and Adrian Peterson are good examples. Unless you were fortunate enough to have that kind of foresight, by this point most of us are spending our time scouring the depths of the Waiver Wire and hoping to find the next big thing.

Depending on the size of your league, this can either be a “Brees” or quite the challenge. For example, I am in a 4 team league (yes, a 4 team league and I will not be taking questions at this time). When you lose a stud for the season, a quick peek at the Waiver Wire will instantly provide you with your choice of quality fantasy starters. At the other end of the spectrum, I am also in leagues with 14-16 teams. Losing a stud player in one of those leagues means you may be forced to make a trade, or visit the Waiver Wire for your backup’s backup’s backup. Or sell blood.

However you get the job done, it doesn’t have to be pretty. But hopefully you discovered (or will discover!) your share of buried treasure this season.

Slap and Pickle vs You’ve Been SACed

Painful Start:
*claps hands, shakes tambourine, forms prayer circle*
Duke Johnson Jr, Duke Johnson Jr….oh, and Jaylen Samuels and a kicker who will have been on Injured Reserve for two weeks. That’s our You’ve Been SACed just not giving a shit, and we love her for it.

On the Slap and Pickle side of the ball, he’s just lucky that Sony Michel is rounding into form because at least two of his other players were injured or on a Bye Week. Stellar gamesmanship on display, folks!

“Who Gives a Shit Bowl” Pick of the Week:
Because we’re all just waiting to see which team will…well, you know.

Result:
Slap and Pickle somehow arrives at 3-2. What in the hell?!
You’ve Been SACed drops to 3-2.

Painful Start:
Joski’s Yoskis welcomed back Devonta Freeman from his knee injury this week. Unfortunately, Atlanta decided to work him back into the mix gradually. That, combined with playing from behind, contributed to only 5 fantasy points. Will Fuller V turned in his worst performance of the season, providing 2.5 points.

Disappointed that Aaron Jones didn’t get enough usage to offer anything more than 6.9 to Deep State Dynamos. You can argue that with the way Packers/Lions started that Green Bay was in catch-up mode, but to my eye there was still a lot of Jamaal Williams and Ty Montgomery in there and not much Jones. Sigh.

“Ain’t That a Kick in the Head” Pick of the Week:
Mason Crosby had a horrible day that was only rescued from being a complete failure by a field goal in garbage time (4 points). He said all the right things post game, so hopefully this was just a minor setback for the veteran.

Painful Start:
Granted, the Colts defense was only predicted to score 3 points for Fly Eagles Fly anyway. But a 0 on the scoreboard still stings.

For Bligh’s Gonna Cry, Marshawn Lynch’s 4 week streak of dependable fantasy performances ran out as he could only contribute 5.10 points against the Chargers. Chalk it up to another case of the game script getting away from the run game.

Brutal Benching:
Kenyan Drake did his best to redeem himself to Fly Eagles Fly by leading the Dolphins in receiving with 21 points. Unfortunately, they were 21 bench points.

Wendell Smallwood has managed to score exactly 16.60 points twice this season. Bligh’s Gonna Cry had him benched for a tough match-up against the Vikings, though.

Stroke of Genius?
Not discouraged by the fact that Green Bay’s wide receivers were a tight end, a duct-taped Davante Adams, some running backs, and two rookies…Bligh’s Gonna Cry rolled with Adams anyway and was rewarded with 24 points.

Captain Lance Murdock Injury Award:
Brandin Cooks left the game with 0 points after taking a helmet to helmet hit. He is currently in the concussion protocol. Matt Breida suffered a “mid-to-high ankle sprain” against the Cardinals.

“Leonard Fournette Hamstring Drive” Pick of the Week:
TJ Yeldon always seems to answer the bell for the Jaguars when Fournette is down, which has been frequently this season. The Jaguars have since signed Jamaal Charles to help out. 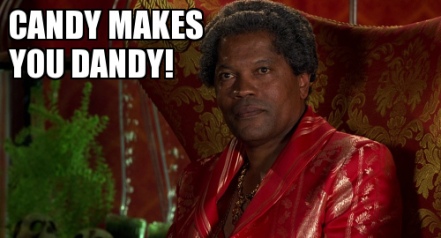 Painful Start:
Alshon Jeffery followed up his 20 point performance from last week with a 4.9 point clunker against the Vikings for Dave’s Dandy Team.

Aaron Rodgers almost made this section for Wookiee Samurai, but that was just a case of me trying to write the recap mid-game. Starting out brutally, Rodgers eventually turned in his best fantasy performance of the season with 28 points.

Instead, Painful Start honors go to Corey Davis, last week’s hero against the Eagles. This week, Davis delivered only 6.9 points.

Brutal Benching:
Dave’s Dandy Team gave Tyler Lockett a seat on the bench this week, costing themselves 17 points. I don’t know if you can really rely on any Seahawk this season, but Lockett seems to be good for a couple deep shots a game at least.

Stroke of Genius?
Whether it was due to a lack of options or just a matter of faith, Wookie Samurai stuck with Demaryius Thomas this week and got 19 points!

“Welcome Back, Joe Mixon” Pick of the Week:
Dave’s Dandy Team rolled out Joe Mixon despite concerns about his usage, as he was returning from his knee injury this week. Well, he snagged 19 points. And now it’s Giovanni Bernard who will be missing several weeks to a knee injury. As the world turns…

Result:
Dave’s Dandy Team is chilling at 2-3.
Wookiee Samurai drops to 0-5 but we still love him. One of these days…

Assume the Position vs Waterboys

Painful Start:
Assume the Position called Nick Chubb’s number this week. Unfortunately, his number was 0.20. (I did cut the man from my team for a reason, you know.) I think a lot of people saw Chubb’s one big play the week before and took the bait, but I don’t think he is there quite yet. Hehe….his name is Chubb.

Stroke of Genius?
If Waterboys is a gambling man, he may want to hit the casinos this week. Nearly every one of his players outperformed their projected totals. Not bad, not bad.

“Welcome to the 500 Club” Pick of the Week:
With 29 fantasy points and his 500th TD (this one was to Josh Gordon of all people), things are looking up for Mr. Brady. Besides being a millionaire and being married to a supermodel and having 5 Super Bowl rings and just being a pretty good looking man in general. Glad he finally has something to smile about, I guess.

Result:
Assume the Position drops to 1-4.
Waterboys catches lightning in a bottle and moves to 3-2.

The moment we’ve all been waiting for:
the battle between the only 2 undefeated teams! 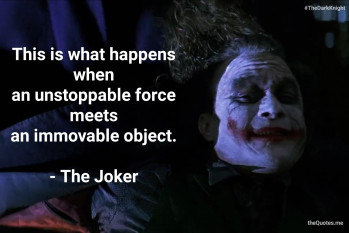 Painful Start:
Keep fucking that Amari Cooper chicken, Nyet Russian Bots. For every double digit performance this season, you’re just as likely to get a 1.5 point day like Sunday.

Ninja Bitsy got 0 points from her normally trusty kicker, Robbie Gould, who missed his only attempt. I guess a 0 is still better than negative points. What a great commissioner you must have!

Brutal Benching:
Congrats to LeSean McCoy on his first double-digit performance for Ninja Bitsy. Granted, it still wasn’t much but he did outperform Bilal Powell. Unfortunately, he did it from the bench.

Stroke of Genius?
Definitely a bold move going with the Steelers defense considering how hot Atlanta’s offense has been this season, but Ninja Bitsy is undefeated for a reason. That’s 17 points to take to the bank.

“Welcome Back Wentz” Pick of the Week:
Happiest Eagle (from a fantasy perspective) right now? My money is on Zach Ertz.

Result:
Nyet Russian Bots meets his Waterloo and drops to 4-1.
The Ninja Bitsy train keeps rolling to 5-0. Do you feel a target on your back yet?

Tunnel Snakes vs The Brice is Right

Painful Start:
Tunnel Snakes were burnt by both Calvin Ridley and Dion Lewis this week, but the Ridley performance was far more painful. He was bound to have another bad week eventually, but Falcons/Steelers was hyped all week as a potential shootout and….welp.

The Brice is Right continues the Nick Boyle experiment at tight end.

Brutal Benching:
Even Alfred Morris’ 10 points would have been better than the 4 that Tunnel Snakes got from Lewis. Ugh.

Lamar Miller was “active” for the Texans but only expected to play in event of emergency, which wasn’t necessary. I guess that counts as an injury, I don’t know.

Matt Ryan had an x-ray on his foot after the game but appears to be on track to play Tampa Bay next week.

“I Would Have Gotten Away with it if it wasn’t for you Meddling Kids”
Pick of the Week:
Tunnel Snakes was predicted to snatch a victory until Todd Gurley decided to score 3 TDs. That left me to just twist in the wind on Monday night and hope Adrian Peterson slipped on a banana peel.

*Update*
When Peterson took a nasty spill about two plays into the game and Football Twitter was saying his career was over, I seriously began to consider the possibility I have physic powers. Then, he came right back into the game. However, he didn’t see the field in the second half and I managed to sneak away with a win. So I guess what I’m saying is…I’m available for hire?

Snakes, why did it have to be snakes? See you next week!