Well, friends, that is probably it for our beloved Green Bay Packers this year.  Sure, Aaron Rodgers is saying things you’d expect him to say. Optimistic things about winning out the rest of their games and getting help from other teams. But I don’t have it in me to get excited about things like that anymore. It’s not very realistic and I’m not going to take that pill. I will enjoy what I can of the remaining games but I think it’s time to pull the plug, ring the bell, send grandma to bed, and say goodnight to the 2018 season. What remains to be seen is if the powers that be assume Mike McCarthy and staff did the best they could despite injuries, or if a change in coaching is needed. So it goes.

Apparently there are 31 other teams in the league. FINE. 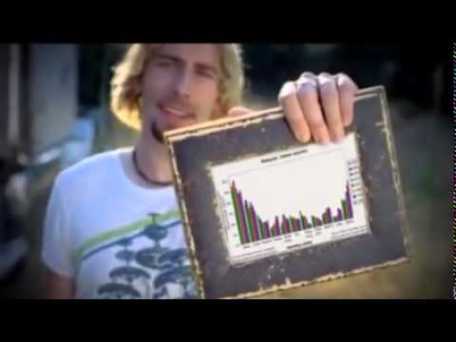 3 teams have clinched a playoff spot thus far. Congrats to Nyet Russian Bots, Joski’s Yoskis, and Fly Eagles Fly. There are several teams knocking on the door, and a few that may just have to wait until next season.

Painful Start:
Let’s just get A-Rodg’s worst game of the season listed here so we can all move on with our lives. Additionally, DeSean Jackson, Ricky Seals-Jones, and Nelson Agholor all failed to deliver.

Brutal Benching:
Well, if you had told me that Eli Manning would outperform Rodgers at any point of this season, I probably would have slapped you in the face. Yet, here we are.  On the other side of the field this week, Bligh’s Gonna Cry‘s bench had a field day.

Captain Lance Murdock Injury Award:
Jimmy Graham played against the Vikings despite a broken thumb and still managed to outperform Ricky Seals-Jones, so he gets the prize this week.

“Purple Curtain?” Pick of the Week:
The Ravens defense delivered their best fantasy performance since Week 6, sacking Derek Carr 3 times while also scoring a return TD and a fumble recovery for a TD.

The Brice is Right v You’ve Been SACed

Painful Start:
I don’t even care that The Brice is Right had Sammy Watkins on a Bye Week. This column is becoming dangerously close to being renamed after You’ve Been SACed for all eternity. May God have mercy on your soul.

Captain Lance Murdock Injury Award:
Danny Amendola injured his knee early in the game against the Colts and, while he was eventually cleared to return, he didn’t. Alex Collins missed this week’s game due a foot injury.

Result:
The Brice is Right gets the blowout of the week and hits 7-5.
You’ve Been SACed manages 35 points and a 6-6 record.

Painful Start:
Jordy Nelson takes it this week with a  -.20. Sigh.

Brutal Benching:
Seeing as how Ninja Bitsy still has Ezekiel Elliott on the bench, I think it is safe to say she has checked out for the season. How the mighty have fallen…who shall defeat Nyet Russian Bots now?!

“Eric Ebron is a Human Touchdown” Pick of the Week:
Does this guy do anything else? When he’s not getting 0 points, that is.

Result:
Ninja Bitsy drops to 6-6.
Waterboys advances to 7-5. You people really gonna fuck around and let the two time champion get back in this?!

Brutal Benching:
Doug Martin and Tyler Lockett are waving to Dave’s Dandy Team from his bench.

Captain Lance Murdock Injury Award:
Gronk is back but reportedly was not moving very well. Something to keep an eye on as we head toward playoffs?

“Change of Scenery” Pick of the Week:
I wasn’t a fan of the Amari Cooper trade when it went down, but it seems to have had an immediate effect on the Cowboys offense and given Zeke more room to run. If the Thanksgiving Day game is any indication, Jerry Jones is preparing to back up his money truck.

Result:
Joski’s Yoskis nails down an 8-4 record and a playoff spot.
Dave’s Dandy Team drops to 5-7.

Painful Start:
Where to start? Tyrell Williams, Jakeem Grant, and the Jets defense all got 0 points for Assume the Position, although only one of them had season ending leg surgery last week.

Captain Lance Murdock Injury Award:
Melvin Gordon is week to week with an MCL sprain. Not good for a solid Chargers team with sights on the playoffs. It remains to be seen how they’ll perform in the meantime.

“Should Of Kept” Pick of the Week:
Here is where I express my regret for not hanging on to Nick Chubb. The Browns were terrible and I was impatient. But a change of coach and offensive coordinator, and here we are. My loss is Assume the Position‘s gain, except that he is 2-10 and I am not.

Result:
Hellooooo down there! Assume the Position hits 2-10.
Fly Eagles Fly snags 8-4 and a playoff spot.

Brutal Benching:
Why am I even here?!

“Foresight” Pick of the Week:
Has there been a better pick this season than Christian McCaffrey? Between him and Patrick Mahomes, Nyet Russian Bots must have a copy of Biff’s Sports Almanac.

Result:
Nyet Russian Bots continues his…ugh…dominance at 10-2 and a playoff spot.
Slap and Pickle resumes his losing ways at 4-8.

Painful Start:
It appears MVS has hit a wall. Or maybe Aaron Rodgers is just locked on to Davante Adams. Thanks for the 0.80 points, in any case.

Captain Lance Murdock Injury Award:
Both Marvin Jones and Andy Dalton to IR, further depleting my already depleted team. We’ll finish this season even if I have to use duct tape.

Result:
Tunnel Snakes slither their way to 6-6 and 6th place. Nice.
Deep State Dynamos lose by a hair and sit at 5-7.